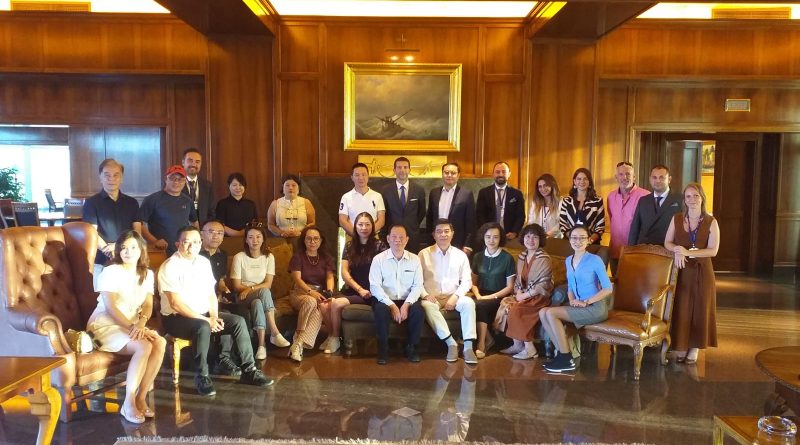 Turkey’s CIP program has been an outstanding success in its first year since reducing the minimum investment from US$1 million to US$250,000. However, at CIP Turkey, we believe that we are only at the tip of the iceberg.

Until now, the majority of CIP Turkey investors have emanated from Turkey’s neighboring countries, as well as the MENA region. The past several months, however, have witnessed a sharp rise in interest from the Far East, as well as Southeast Asia, and we have been inundated with agents from that region wishing to collaborate on the Turkish program.

Taymour Polding, a director at CIP Turkey, says the firm has been welcoming large groups of Far Eastern agents since late August 2019, with many more scheduled to visit over the coming weeks. He has stated that Turkey is now the prime focus for CIP investors from that region as their countries are establishing very strong ties with Turkey, and they view Turkey’s (particularly Istanbul’s) property market as a great investment opportunity, with the bonus of being able to acquire Turkish citizenship in the process.

Although agents typically form the first wave of visits to a new country on the CIP radar, there are already a large number of property transactions taking place, as agents hope to secure an adequate number of properties to be able to promote to their client base.

When asked about his portfolio, Taymour stated that CIP Turkey has around 2,000 completed units over 8 different projects, on both the European and the Asian sides of Istanbul. However, he feels that it may not be enough to satisfy the demand projections over the next 6 to 9 months. That is why CIP Turkey has now pushed forward plans to start applying for the building licenses for 3 more mixed-use residential projects, as well as putting the finishing touches on a serviced residence building in Istanbul, which will be branded and managed by a major international hotel chain.

Using the sheer volume of Chinese agents alone as an indicator, it would be safe to assume that 2020 will be a record-breaking year for Turkish property sales to the foreign market. And, with the new seamless and efficient property transaction infrastructure set up by the Turkish government, the possibility of visiting Turkey for a 3-day trip, to buy a property, then return home with a title deed in hand makes Turkey that much more appealing.

Please feel free to contact us if you would like to learn about how to collaborate with us on the Turkish CIP.