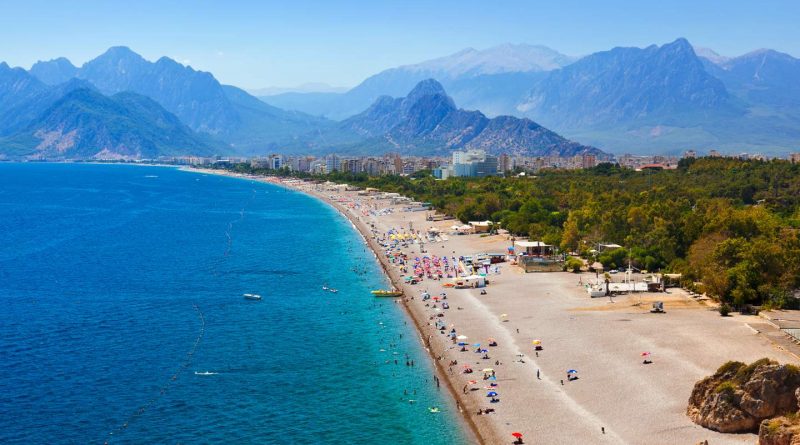 Over 1.1 million foreigners applied for Turkish residency in the year 2018-19, a 40% increase from the previous year, with more than 50% of those applications submitted in Istanbul.

An important point to take away from this is that approximately 235,000 applications were rejected, mainly due to procedural errors and incorrect paperwork. This highlights the importance of enlisting the services of professionals to carry out the procedure on behalf of applicants or face the risk of losing time, money, and the chance to work and live in Turkey.

The breakdown of residence permits issued in 2018 are as follows:

The following cities issued the most residence permits:

It is clear that Turkey has emerged as a popular destination for relocation, either on a temporary basis for a job posting, or permanently as it offers a plethora of opportunities for families seeking a fresh start in a safe and welcoming environment, where one can easily set up a business and enjoy a great lifestyle with a relatively low cost of living.

Let us examine some of the main reasons that make Turkey an attractive destination for relocation. And where better to start than looking into one of Turkey’s top attractions – health care.

With no shortage of world-class hospitals (61 JCI-accredited) and highly skilled doctors, at reasonable prices, Turkey has emerged as one of the world’s most popular medical tourism destinations. In fact, international insurance provider Clements Worldwide has stated that Turkey is among the top 5 countries in the world for medical tourism with cardiac, cancer, and orthopedic care, as well as laser eye surgery, as the most sought-after treatments.

The growing stature of Turkey’s medical industry also presents an opportunity for foreign doctors to relocate to Turkey with their families, where they can easily find work or start their own practice.

Next on the list is providing a platform for your children’s future through – education.

Just like with medical facilities, Turkey is well-equipped when it comes to high-quality educational facilities, both state and private, at all age levels.

There is a total of 180 universities throughout Turkey, with modern campuses and facilities, with 51 universities in Istanbul alone. Because Turkish universities are steadily gaining in reputation yet remain significantly more affordable than their European counterparts, international students from the wider region are moving there for their higher education advancements.

For those who wish to enroll their children into schools that operate on an English language curriculum, there are over 20 international schools just in Istanbul, including the renowned British International School.

If after covering the two most important factors, you are still concerned about your business opportunities, then we would like to put your mind at ease.

Last month saw the unveiling of Istanbul’s new international airport. This mega-airport is the world’s largest, with a staggering capacity of 200 million passengers annually. It is a fitting tribute to a country whose national carrier, Turkish Airlines, already flies to more destinations around the world than any other airline.

This goes a long way towards painting the picture of Turkey, specifically Istanbul, as Eurasia’s main hub and financial center, a metropolis interconnected with the global economy thanks to its geographical positioning and superb infrastructure – bringing with it a magnitude of business opportunities.

Lifestyle & Activities – at a fraction of the cost!

If it is a better lifestyle that you are seeking, then look no further than the idyllic towns and villages along the Turkish Aegean and Mediterranean coastline, collectively known as the Turkish Riviera.

These resort towns, such as Bodrum, Antalya, and Marmaris, have already hosted record numbers of tourists from over 140 countries within the first quarter of 2019.

Aside from consistently strong tourism numbers, there are tens of thousands of northern European retirees, relocating to towns like Fethiye, and Bodrum to enjoy the warm climate, low cost of living, and access to excellent medical facilities.

Another top destination for lifestyle is the Mediterranean city of Antalya, where you could still sunbathe on a pristine beach up until mid-December when temperatures can often be in the mid-20’s.

Or, you could take a short drive up into the nearby mountain range to enjoy a complete contrast by spending a day skiing at the Saklikent ski resort, which has scenery to rival most resorts found in the Alps but at much less of a financial outlay.

If you are an avid golfer, then Antalya can also offer you 14 PGA courses to choose from, where you could comfortably play throughout the year, and – again – at very reasonable prices.

The above-listed points highlight why so many people from a widening geographical area are choosing Turkey as a place to live and/or work.

Turkey has a very popular citizenship by investment program. To learn more about that, visit the Turkey CIP Program Page.

This is reflected in the fact that in 2008, US citizens made up the majority of foreign nationals living and working in Turkey, with 2,258 work permits issued, closely followed by Germans, French, and British. However, US nationals do not even make the top 10 nationalities living or working in Turkey in 2019.

Although the bulk of foreign nationals currently living in Turkey emanate from the Middle East, Russia, and Turkey’s surrounding countries, Chinese nationals have now entered the top 10 with 2,659 work permits, and a further 7.046 residence only permits issued in 2018.

Turkey has been attracting foreign nationals, not only from diverse ethnic backgrounds but also from diverse demographics – from migrant workers to the CEOs and chairmen of multinational corporations.

It is a great testament to the quality of life in Turkey when the former Chairman of Mercedes Benz Turkey, Mr Jurgen Ziegler, and the former General Manager of Renault, Mr Alain Gabillet both chose to remain in Turkey after they retired.

We would like to end this article with a famous quote from a renowned Turkish writer and historian from the 1920’s, Cevat Sakir Kabaagacli, aka ‘The Fisherman of Halicarnassus’, who once said of a town which we also hold dear to our hearts – “If you come to the top of this hill, you will see Bodrum. Don’t think that you will leave the same person as when you arrived. To all those who came before you, it happened that way: they lost their hearts in Bodrum.”