Property Sales to Foreigners in Turkey Surge 92% in 2019, Bolstered by Citizenship Program, VAT-Exemption 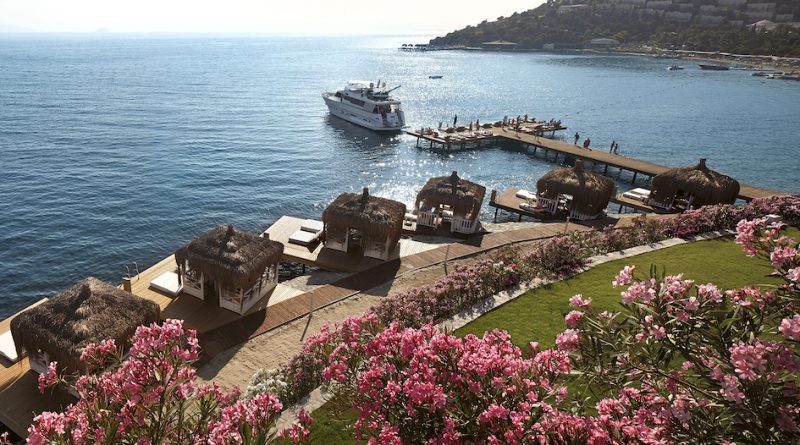 Property Sales to Foreigners in Turkey Surge 92% in 2019, Bolstered by Citizenship Program, VAT-Exemption

The Turkish Statistical Institute (Turkstat) shows that property sales to foreigners in February 2019 increased by a whopping 92.1% compared to the same month of the previous year.

To put these figures into perspective, the global CIP industry accounted for approximately $12.5 billion in 2018, whereas real estate sales to foreign buyers in Turkey, by comparison, generated US$5 billion in 2018.

The Turkish Government has extended some financial incentives until the end of 2019 to further stimulate this rapid growth. These incentives include VAT exemption, which could save up to 8% on the purchase price of a new property, and a 1% reduction in stamp duty.

Over the past few months, we have received numerous enquiries from international clients asking for more information about qualifying for the CIP through alternative methods, such as bank deposits or the purchase of REIT shares.

While we are happy to provide our expertise and consulting services to assist with these requests, we are duty-bound to inform our clients that at $500,000, these alternative CIP investment methods are double the minimum amount required to qualify via a real estate acquisition, and typically offering much less in return.

Although a USD bank deposit could earn you 2 or 3% in annual interest, a high quality residential real estate asset in Istanbul will typically generate a rental yield of 4 to 6% per annum, and even higher in some cases. That is without factoring in the capital growth of the property.

Furthermore, the real estate market in Turkey is widely considered to be undervalued, and there are fantastic deals on offer in prime locations, from the heartbeat of Istanbul, to chic villas or luxury waterside apartments in Bodrum and Yalikavak, on the Turkish Riviera.

One of the key strengths of the Turkish real estate market is the strong local demand, as opposed to relying on foreign investors to keep it buoyant. It is more than just the size of the population but, in Istanbul, there is still an undersupply of quality housing built to the latest earthquake codes, or the plaza style accommodation with full facilities and 24hr security in which most Turks desire to live.

There are more reasons for the increasing trend of foreign investment into Turkish real estate, which we will highlight later in this article. But first, we would like to give you some background into the vast knowledge and experience we have accumulated over the years, dealing in the Turkish real estate industry.

Both directors of CIP Turkey are dual British and Turkish citizens, although we consider ourselves members of the growing global citizen community, and we have both been active in international real estate investments in multiple countries for nearly 15 years.

One of the directors of CIP Turkey, Aran Hawker, has been a Turkish citizen for over 20 years, which has enabled him to become one of the first foreign investors to develop a residential housing project, at a time when foreign nationals were not even permitted to buy real estate in Turkey.

This took place in what was locally known as “Turkey’s best-kept secret” – The small fishing village of Bodrum, part of the beautiful and rugged Turquoise coast. This tranquil, yet stunning resort town captivates visitors with its twin bays, the Castle of St. Peters as the centerpiece, and the Greek island of Kos sitting like a picturesque mural in the background.

Bodrum became a popular haunt in the 1960s with Turkish artists and intellectuals but started to gain notoriety in the early 2000s, as large numbers of northern European sun-seekers, led by the Dutch and the British, started to purchase holiday homes there.

The majority of those pioneer investors out of northern Europe were undoubtably attracted by the affordable property prices, the low cost of living, and not least the welcoming nature and kind hospitality of the locals.

The rapid influx of European investors led to some of the giants of international real estate to move in, and Bodrum quickly transformed into a world renowned playground for the rich, and package tourists alike, which in turn attracted the world’s leading luxury hotel brands, including Hilton, Mandarin Oriental, Four Seasons, and Swissotel among others.

During that time, CIP Turkey, and our long-term legal partners, successfully assisted foreign buyers with over a thousand property transactions in Bodrum, as well as helping many with opening bank and utility accounts, Turkish residency applications, company registrations, and many other forms of assistance.

Our enhanced reputation led us to gain recognition from some of the most prominent developers in Turkey, and we were invited to Istanbul to launch an international sales division for a 4-phased, 16.000 apartment project, to be developed by a Turkish businessman, who also holds the rights to the Trump International Realty brand in Turkey, including the Trump Towers project in downtown Istanbul.

This mega housing project was built in one of Istanbul’s emerging suburbs, called Beylikduzu, and it was actually the first of its kind in Istanbul in terms of its sheer size, and the 5-star resort style facilities that many have now become accustomed to, and it would set the precedent for hundreds of similar projects to follow suit.

Drawing on our previous experience, we were able to add considerable value by not only setting up our own international sales division, but in recommending some key design changes, and rebranding it to make it more appealing to foreign buy-to-let investors.

After a slow start, we helped to spark the project into life, and it turned out to be one of the fastest selling projects in Istanbul’s history, along with the highest volume of sales to foreigners in a single project in Istanbul. What made it even more remarkable was that this all happened during the global economic recession, in 2008/9.

Today, we have moved onto slightly smaller, yet higher-quality residential projects in key strategic locations, closer to Istanbul’s heartbeat, and its main attractions.

Whereas in the past, we were primarily focusing on off-plan projects, as they offered better value for money and growth potential, we have now switched to completed projects, as the real estate market has experienced a slowdown over the past two years, thus creating a large supply of key ready properties within fully functioning, and mostly occupied residential developments.

One of the key points that we would like to leave you with, is that we are probably at the end of a 10 year cycle, which began in late 2008/9, where there was a cool down in domestic sales, but the slack was picked up by foreign buyers – However foreign sales are even higher this time, partly due to the attractive CIP incentives.

Although there are similarities to 10 years ago, there is a key difference in that foreign sales used to be driven by off-plan sales, which carries a risk, as many projects have, and continue to run out of funding, leaving empty shells in their wake.

We are proud of the fact that not a single off-plan project that we have promoted has been abandoned, which is a testament to the stringent due diligence checks that we employ before considering any project for our clients.

We have managed to secure exclusive rights to sell some of the best residential projects in Istanbul, at prices below current market values, and this is because the developers would like to liquidate their remaining stock and balance their books ahead of developing future projects.

Many of the prices on offer today are so low that it would be hard to envisage such prices in the future, as construction materials and labour costs have risen by as much as 40%, due to the lira devaluation over the past year. Leaving some prices offered at, or close to the cost of construction.

The lira devaluation further benefits foreign buyers as their hard currencies give them so much more for their money. It is hard to say how long this window of opportunity will remain ajar, but there might not be a better time to invest than right now.

In fact, there is a growing trend with many international hedge funds and investment consortiums acquiring a considerable portion of the undervalued, commercial and residential real estate assets on offer, with the pretext to reselling them at significant profits in the short to mid-term, when the market is widely projected to take an upward trajectory.

This puts individual investors in a unique position, where they can take advantage of the weakened lira, the highly discounted (key ready) apartments, located in prime areas of the world’s 5th most visited city – with strong capital growth potential, and the bonus of gaining Turkish citizenship in the process.

CIP Turkey and our trusted partners look forward to welcoming you to Istanbul, Bodrum, or anywhere in Turkey, where we can assist you with all on the ground services, including property viewings & acquisitions, CIP applications, unique tour experiences, and much more.